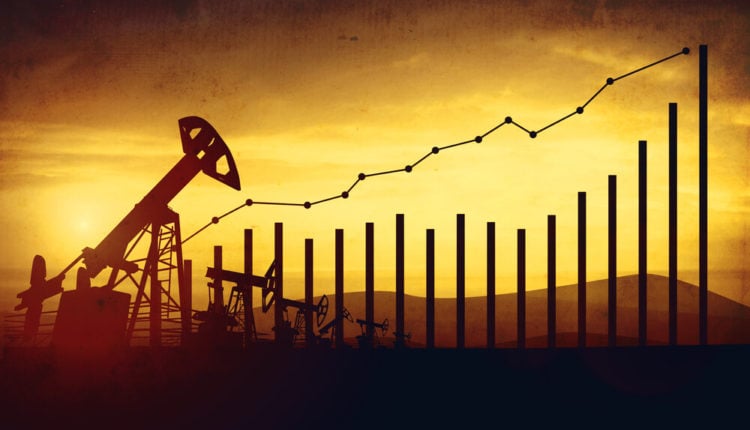 Based on the New York Mercantile Exchange, the November delivery of Crude Oil WTI Futures made a gain of 0.52% to $71.34 per barrel. The December delivery of Brent Oil Futures increased 0.6% to $80.74 a barrel, as per London’s Intercontinental Exchange.

The S&P 500 Index declined more than 2% for a second straight day overnight. Moreover, it has been in its longest decline for two years. There was a decline of more than 500 points in the Dow Jones Industrial Average. The NASDAQ Composite traded low at 1.3%.

China’s stocks dropped 2% in the morning trade in Asia. Meanwhile, both Nikkei 225 of Japan and ASX 200 of Australia also closed lower in the trade.

“The enhanced volatility in the market, in general, is spilling over into energy, as investors are reducing risk. When you have volatile equity markets, the risk-off trade is happening and you’ve got a third consecutive build, that’s generally not a good recipe for crude oil prices,” said Tortoise Managing Director Rob Thummel who manages $16 billion in energy-related assets.

On Thursday, the EIA has shown that there was an increase of 6 million barrels in US crude inventories last week. This is in comparison with the general consensus of a 2.6 million-barrel surge.

A week earlier, the EIA revealed that there was a build in the U.S. crude stocks of closely 8 million barrels, which was four times higher than the forecast.

On Friday, gold prices dropped, however it traded close to a 10-week high after its 3% gains in the previous session. This was its biggest one-day gain in more than two years.

There was a 0.3% decline in the December Gold Futures. Further, it traded at $1,224.30 on the COMEX division of the New York Mercantile Exchange.

The gold prices made its largest one-day gain on Thursday for two years. This is amid the extended losses of the global stock markets. Moreover, concerns on the increasing bond yields have urged traders to go towards safe-haven assets.

However, analysts consider that the increase in interest rates would still remain a concern for gold prices.

Meanwhile, the US dollar index, which tracks the greenback against a basket of other currencies, steadied at 94.69.

The greenback has been in its lowest level in nearly two years amid the losses on the US Treasury yields and extended decline on global equities weighed on market sentiments.

“The sinking of global markets has led people to seek gold as a safe haven. However, in Asian hours today, we have seen some profit-taking. With prices breaking the resistant $1,200 level and also crossing $1,225, it could be a signal that the gold market is on the upside. Especially, given that during November and December we also see increased physical buying,” Peter Fung, head of dealing at Wing Fung Precious Metals in Hong Kong said.