One of the most important commodities on the market, oil continues to become less expensive as demand is slowing whereas supply is still high. Oil prices went down on Wednesday because American crude stockpiles increased. US-China trade negotiations are still far from completion.

Current prices are at the lowest point for almost five months at $51.14 a barrel for West Texas Intermediate which means that it is 4% lower. Regarded as the global benchmark, Brent crude was down 3.7% at $59.97. The price of Brent crude is down by 20% since April. WTI is cheaper by roughly 17% in comparison with the last month.

There are several reasons why oil prices are unstable. One of the biggest concerns is the rising U.S. stockpiles which rose by 2.2 million barrels last week, according to the U.S. Energy Information Administration. It is not a typical situation. During this time of the year U.S crude oil stockpiles are usually diminishing, which didn’t happen this time. Also, it is an interesting fact that right now stockpiles of all oil is at the highest point since October 2017. 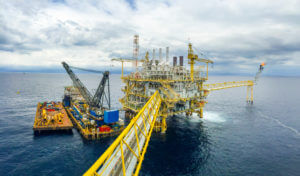 Mark Maclean, who is a managing director at Commodities Trading Corp thinks that expectations for 2019 are set to high. He mentions two factors why he believes that prices are not going to match the expectations. The first one is that China’s economy is not increasing as quickly as it was expected. The second one is that the EU market is not expected to drive the demand as well as the U.S.

The ongoing trade war between the USA and China is another major factor, as tariffs imposed on Chinese products are negatively affecting the oil prices. Even though the Chinese government tried to regenerate the local economy, it was not enough to solve the problems. Oil markets did not respond to the measures undertaken by the Chinese authorities.

The disagreement between the OPEC member countries is not over yet. Saudi Arabia is keen on the idea to cut the production whereas Russia has a different approach which is reluctant to reduce the production as the CEO of the state-owned company Rosneft thinks that by doing so the U.S. market share might become bigger. Saudi Arabia and other oil-producing nations face the serious issue as Brent crude oil price is less than $60 a barrel which is necessary to balance the national budgets of the oil-producing states.

All the factors combined are driving the prices down, and stability of the oil prices largely depends on how the trade talks and the global economy will develop during the upcoming weeks.

Oil prices are going down as supply is surpassing the demand coupled with the slower global trade growth. Current prices are at the lowest point for almost five months and reached $51.14 a barrel for West Texas Intermediate or WTI as it often called which means that it is 4% lower.

Alphabet Rose to $5B in IPO as CrowdStrike Surged