The attack on the Saudi Arabian oil infrastructure created additional pressure on oil prices. The drones attacked the biggest oil processing plant in the world. This incident once more highlighted that regional tensions could disrupt the oil supplies. It is essential to mention that Saudi Arabia is biggest OPEC member when it comes to exporting oil in different parts of the world.

Saudi Arabian and U.S. authorities blamed Iran and Saudi Arabia even went further and promised to present evidence. The Defense Ministry of Saudi Arabia state that it has the evidence to prove that Iranian weapons were used in the attacks. The Saudi Arabia military will address this issue at a news conference in several hours.

Any further escalation is dangerous as it might lead to military conflict in the region. Iran denied any accusations and Iranian officials said that the country is ready to defend itself in case of war. 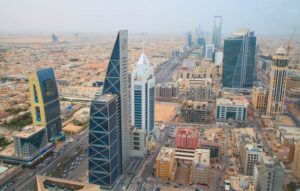 There are many oil-producing countries in the world. Some of them are OPEC members and their allies. However, there are other important producers as well other than U.S. One of them is Brazil. It is worth mentioning that the biggest country in South America has a huge potential when it comes to oil production.

As mentioned above, regional tensions in the Middle East started a long time ago. Moreover, it is hard to say when these tensions will end. In this situation, it is a good idea to look for alternative suppliers. Brazil can fulfill this role. It is important to mention that the Brazilian oil sector will play an important role in the non-OPEC oil supply growth. It will become the second biggest contributor after the U.S.

Oil prices fell on Wednesday. The regional tensions are running high, which affects the oil industry.