The attack on the Saudi Arabian oil in fracture seriously the oil prices and oil sector in general. This is not surprising as Saudi Arabia is the leading oil producer in the world. Even though the role of OPEC’s de facto leader is not as important several years ago. Saudi Arabian oil industry still plays a vital role in the global market.

Regional tensions are not something new for the Middle East. Nevertheless, drone attacks on the world’s biggest oil processing plant is a serious challenge for Saudi Arabia. The Energy Minister of Saudi Arabia promised to restore the damage by November. Nevertheless, even the temporary problems of Saudi Aramco underlined the issues of the oil sector.

The price of Brent crude rose by 56 cents to $64.96. It is important to mention that since the beginning of the week the price of Brent crude increased by 7.7%. This is the best result since January. The West Texas Intermediate (WTI) crude futures rose by 66 cents to $58.79 a barrel. The price of WTI crude futures rose by 7.1% during this week. Another interesting fact is that this is the biggest increase since June.

The state-owned company Petronas decided to take additional measures to enhance the security of its facilities. Petronas is a very important company for Malaysia. This state-owned energy giant is one of the main contributors to the local budget. In more than 40 years after this company not only operates the facilities in Malaysia but it has business interests in 35 countries.

The drone attacks on Saudi Arabian facilities created additional pressure on the Malaysian energy giant. This is not surprising because Petronas operates a refinery in Malaysia which was built in cooperation with Saudi Arabia.

According to Petronas, the Pengerang Integrated Complex in the state of Johor is ready by more than 99% in June 2019. This is an important project which will enhance the capability of Petronas. 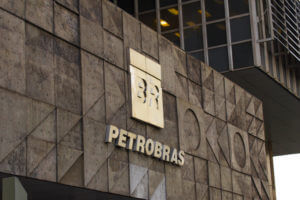 Another state-owned energy giant but this time in Brazil is Petrobras. This company experienced a lot of problems during the last several years. One of the most pressing issues was the investigation conducted by the Brazilian authorities. Another problem is oil prices.

Unfortunately, for the Petrobras and Brazilian government, there are issues as well. Company is losing millions of dollars due to the thieves. For example, only in two Brazilian states Rio de Janeiro and Sao Paulo the number of incidents reached 261. According to the information provided by Petrobras.

The CEO of Petrobras Roberto Castello Branco made a comment regarding this issue during the event in June. He said that due to this problem is losing 150 million reais or $37 million per year. This is a massive problem for the Brazilian oil industry.

The Iranian government and cryptocurrencies