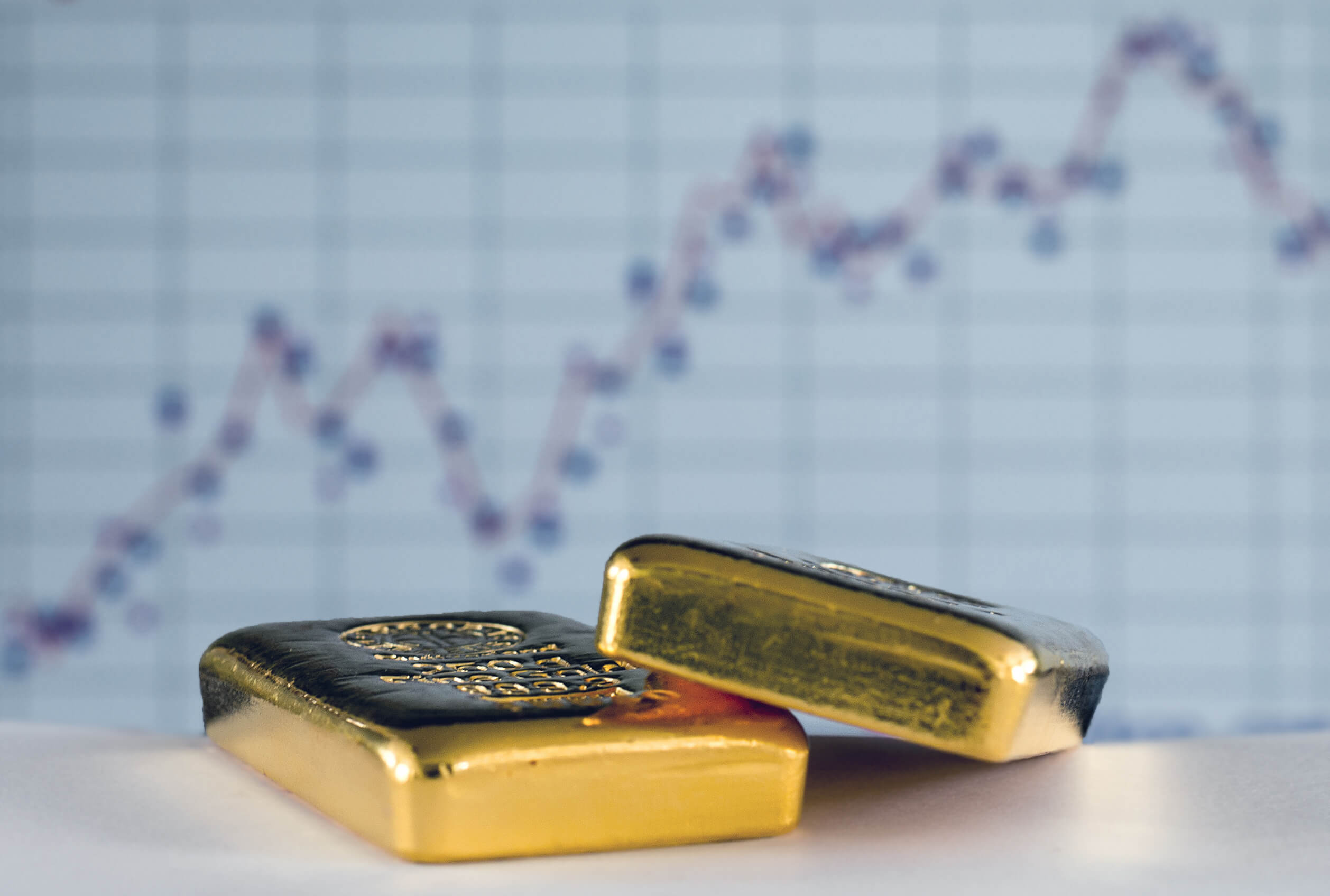 Gold remains as one of the most expensive commodities in the world. Throughout history, people invested in gold and products which contained gold such as jewelry. The situation has not changed in the 21st century, and there is massive interest regarding the gold prices. Investors from around the world watch closely at the positive as well as adverse trends in the gold industry. In 2019 gold prices reached the best results since 2013. At the same time silver also becoming more expensive. Right now, the price of silver rose to the highest point since June 25.

On Monday gold prices hit nearly two two-week high as speculations about the possible interest rate cut is increasing. The U.S. Federal Reserve is under pressure to reduce the interest rate to support inflation. As a result, the dollar will lose some of its strength, and this will help the gold prices. In overall, the price of gold increased by 0.9% during the previous week. The Fed Reserve chairperson Jerome Powell visited Congress and Senate in July. He reiterated his position that Fed Reserve is free from any political pressure and will act according to the interests of the U.S. economy. It means that the central bank is ready to cut the interest rate if it is going to accelerate the local economy. On Tuesday, the spot price of gold remains at the same level. The price of gold is $1.413 per ounce. U.S. Gold futures rose slightly to $1.415 an ounce. Later today U.S. retail sales data will be published. This report is important because it will shed light on the current state of affairs in the U.S. economy. According to the forecasts, retail sales rose by 0.1% in June. The Non-farm payrolls report was better than expected. Several jobs added in June surpassed the expectations.  The positive result of U.S. retail sales data will reassure the investors that U.S. economic expansion will continue for the nearest future.

The global economic problems are one of the major factors which drive the demand for precious metals. During unstable times investors are looking for a stable source of income. The trade war between the U.S. and China has a significant impact on the global economy. U.S. officials will have a conversation by phone with their Chinese counterparts this week. They will discuss the topics related to the trade talks.

Price of silver increased by 0.3% to $15.44 per ounce. It means that the current price is the highest in three weeks. This is excellent news for silver as one day before the price dropped to $15.19 per ounce.

The U.S. retail sales data is an important indicator of the U.S. economy. The spot price of gold might increase in the case of a weak result. Gold prices, in general, are on the rise since the beginning of the year. Investors are looking for sales data to have a better understanding of the ongoing situation in the U.S.