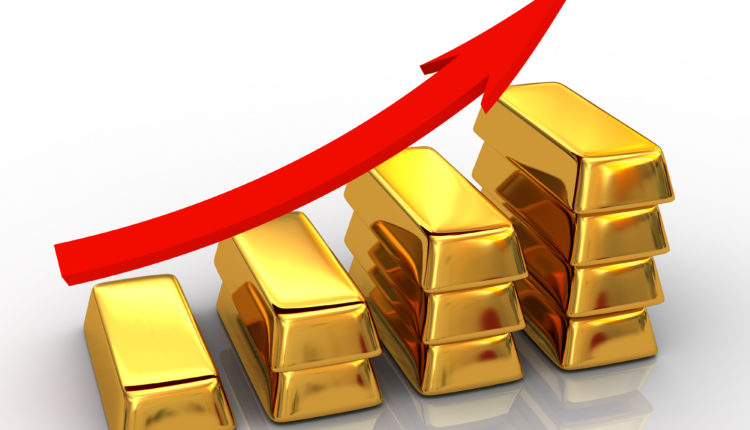 Gold prices increased on Monday. The price of this precious metal reached the highest level since 2013. The price of spot gold increased by 1.1% to $1,456 per ounce. Several hours’ earlier spot gold reached $1,459, which once again underlines that gold prices are one rise. Meanwhile, oil prices decreased due to the ongoing trade war between the U.S. and China. Commodities such as oil and gold are susceptible to global economic problems. Any escalation between the countries with the biggest economies in the world might affect already weak global economic growth rate.

As mentioned above, gold prices rose on August 5. Gold futures also increased by 0.8% to $1,468 an ounce. There are many facts which determine the price of precious metal. However, the recent escalation of the trade dispute between the U.S. and China is one of the primary reasons. Michael McCarthy is a chief market strategist at CMC Markets. He thinks that Gold benefited from trade tensions. He also said that there a risk that tensions might further escalate the situation.

It worth mentioning that several days ago U.S. President Donald Trump imposed additional tariffs on Chinese goods. Starting from September 10% tariffs on $300 billion of Chinese products imports. In this situation, the U.S. Federal Reserve might reduce the interest rate again to minimize the damage from the trade war. The Federal Reserve’s next meeting will take place in September. This move will help this precious metal to continue its rise in the long run. Another factor which influenced the gold prices is that the dollar index fell decreased. It benefited the holders of other currencies.

Price of another precious metal silver also increased on Monday. The price of silver rose by 1.9% to $16.51 per ounce. 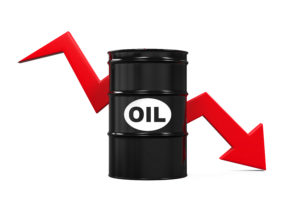 Oil prices fell on Monday. The price of Brent crude futures decreased by 71 cents or 1.15% to $61.18 per barrel. West Texas Intermediate (WTI) crude future also fell by 71 cents or 1.28% to $54.95 a barrel. The trade war might decrease the demand for oil, which further affects oil prices.

On Monday, China decided to let yuan to fall. This is important because this decision would increase the costs of oil imports.

According to Bank of America Merrill Lynch, there is a chance that oil prices can decrease in the long run due to the trade war. China has the potential to affect oil prices by deciding to buy Iranian oil. The global research report by BofA Merrill Lynch which bank released on Friday. The oil prices will decrease by 20$ to 30$ if China starts buying Iranian oil.

It is important to keep in mind based on various sources; 12 to 14 million barrels of Iranian oil are stored in China. This amount won’t be enough to decrease the oil prices by 20-30$. However, this would signal China’s willingness to use Iranian oil as a retaliatory measure against the U.S. in the trade war.