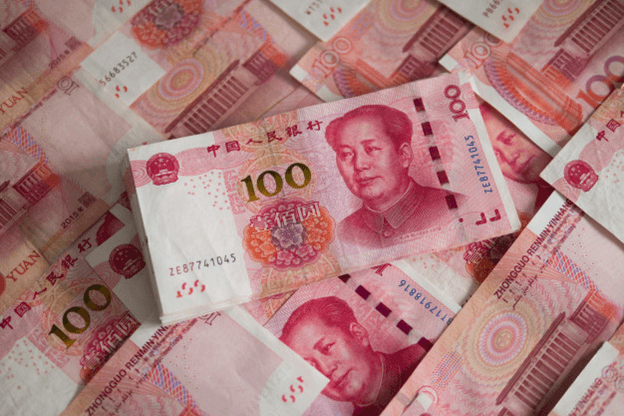 The sharp drop by 1.4% came after the People’s Bank of China set the daily mid-point of the currency to its weakest level at 6.9225. It was also a sign that China was willing to see further depreciation of the yuan. That can be described as the last line in the sand for the two nations.

The recent slump of the yen comes days after the Trump administration shook the financial markets by vowing to impose 10% tariffs on Chinese imports beginning September 1. The tariff will affect $300 billion of Chinese goods. The shakeout also comes after a brief cease-fire lasting only one month.

The escalating trade conflict is giving Beijing fewer reasons to keep the stability of the yuan. The currency will most likely continue to weaken.

The short-term strength of the yuan will be mostly dependent on the domestic economy. The third-quarter economic growth would stabilize the currency with the yuan standing at around 7.2 or 7.3 per dollar level. This is according to Zhang Yi, chief economist at Beijing based Zhonghai Shengrong Capital Management.

Why did the Yuan weaken?

According to Julian Evans-Pritchard, senior China economist at Capital Economics, the People’s Bank of China might have been holding back the weakening of the yuan to aid in the smooth trade negotiations with the United States. The fact that PBOC has abandoned the defense of the 7 per dollar level shows that they have given up any hope for a trade agreement with the U.S.

The Chinese Central Bank revealed clues as to its intentions through a statement on Monday where it linked the yuan weakness to the ongoing trade war. The bank maintained that it would not alter its currency policy and that the fluctuations are normal.

The slump was not limited to the onshore market. The offshore yuan also dipped to a record low against the greenback to 7.1094 and then rebounding to 7.0784

The escalating tensions have renewed growing concerns over how Beijing will allow the yuan to weaken to reduce pressure on its exporters. The continued depreciation could have an impact on capital outflows. Despite slow economic growth in the last year due to prolonged trade wars, China has not experienced capital flight. This is thanks to capital controls and growing inflows from foreign countries.