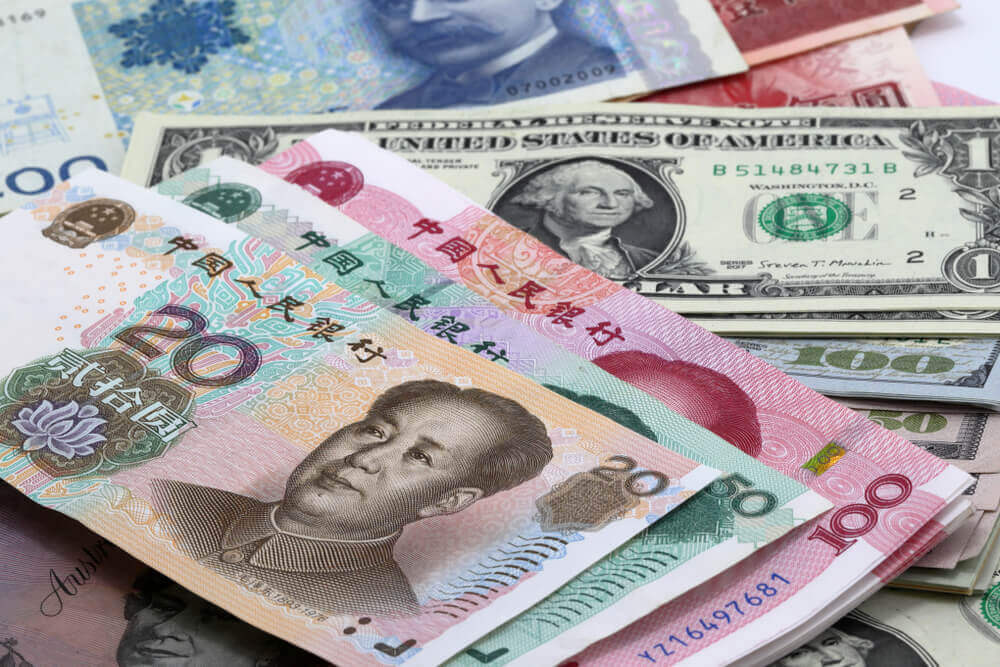 On Monday, China’s yuan fell to a near two-week low against the dollar as investor sentiment soured amid renewed concerns about economic disruption from COVID-19, following Shanghai’s implementation of new lockdown measures.

As it scrambled to combat a surge of local infections, the Chinese financial hub of 26 million people launched a planned two-stage lockdown, closing bridges and tunnels and limiting highway traffic.

Onshore (CNY=CFXS) and offshore (CNH=D3) yuan fell to their lowest levels since March 15. Many currency traders are eyeing the psychologically important level of 6.4 as the next target.

The People’s Bank of China (PBOC) set the midpoint rate (CNY=PBOC) before the market opened at 6.3732 per dollar, seven basis points higher than the previous fix of 6.3739 but 13 basis points lower than Reuters’ estimate of 6.3719.

The dollar index rose to its highest level in more than a week; this made gold more expensive for holders of other currencies.

The dollar has benefited from its status as a haven. The conflict in Ukraine has increased expectations that the Federal Reserve of the United States will raise interest rates.

On the US 10-year Treasury note, Yields firmed near multi-year highs; it was aided by expectations of monetary tightening by the US Federal Reserve; which raised the opportunity cost of holding zero-yield bullion.

Last week, the Fed raised borrowing costs for the first time in three years; traders are pricing in a 50-basis-point rate hike during the May policy meeting.

EURUSD, GBPUSD and USDRUB at the start of the week

The U.S. dollar plunged low on Friday. What about Yuan?

U.S. dollar fell on Thursday. How is the Euro faring?

EURUSD and GBPUSD: The euro stagnates while the pound rises