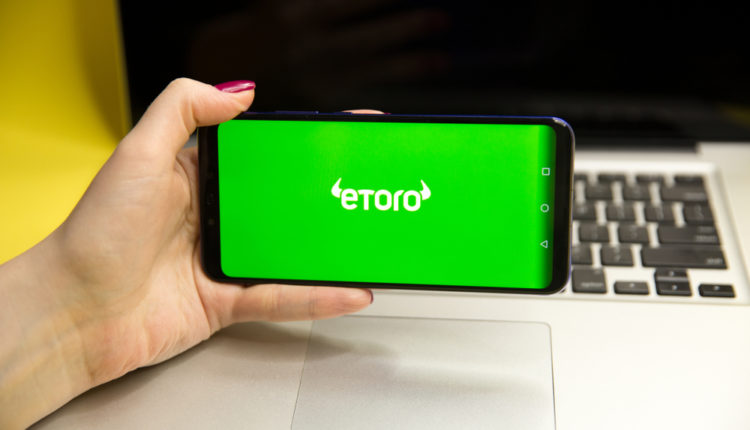 On Thursday a press release by eToro states its launching for cryptocurrency trading services within the United States. Moreover, the exchange, in which upon release had over ten million registered users.

According to the release, the wallet will support cryptocurrency including Bitcoin, Bitcoin Cash, Ethereum, Litecoin, Stellar, and Ripple. Additionally, it will enable every user to send and receive the said supported assets.

Elsewhere, the said platform also offers a social media aspect. Specifically speaking, eToro enables users to allocate funds which will automatically trade proportionally unto another users portfolio. Subsequently, eToro also offers its feature “CopyPortfolios.” That of which is curated by eToro’s analysts.

During the launch, three of such portfolios featuring crypto assets are offered on the platform. Elsewhere, eToro also reveals a plan to launch its very own cryptocurrency exchange, named eTorox. That of which will launch later this year.

During the release, eToro also notes its belief that all assets will tokenize in the near future. In the same vein, DX. Exchange, an Estonia-based digital platform recently tokenize exchange-traded funds (ETF) through its services.

During the month of February, Gemini, a traditional finance cryptocurrency exchange founded by the Winklevoss Twins, joins the British Telecommunications (BT) Radianz Cloud broker community. That of which will allow its community to access in the crypto market through the exchange.

Eric Woerth, head of the Finance Committee of France’s National Assembly suggests banning anonymous cryptocurrencies or the so-called privacy coins. In a recent report, Woerth expresses his position on crypto assets and on the whole blockchain technology.

Furthermore, Woerth considers the introduction of banning digital currencies with greater anonymity on users. He states: “It would also have been appropriate to propose a ban on the dissemination and trade in [cryptocurrencies built] to ensure complete anonymity by preventing any identification procedure by design. […] This is the case for a certain number of [cryptocurrencies] (Monero, PIVX, DeepOnion, Zcash…) whose purpose is to bypass any possibility of identifying the holders. To date, regulation has not gone that far.”

In addition, Woerth notes various possible problems in connection with cryptocurrencies. That includes fraud, money laundering, energy consumption, and tax evasion. Woerth also added,  “The distinction between the different uses of [cryptocurrencies] must continue, to establish a finer and more precise regulation protector of the general interest, as well as the private interest of the entrepreneurs of this domain.”