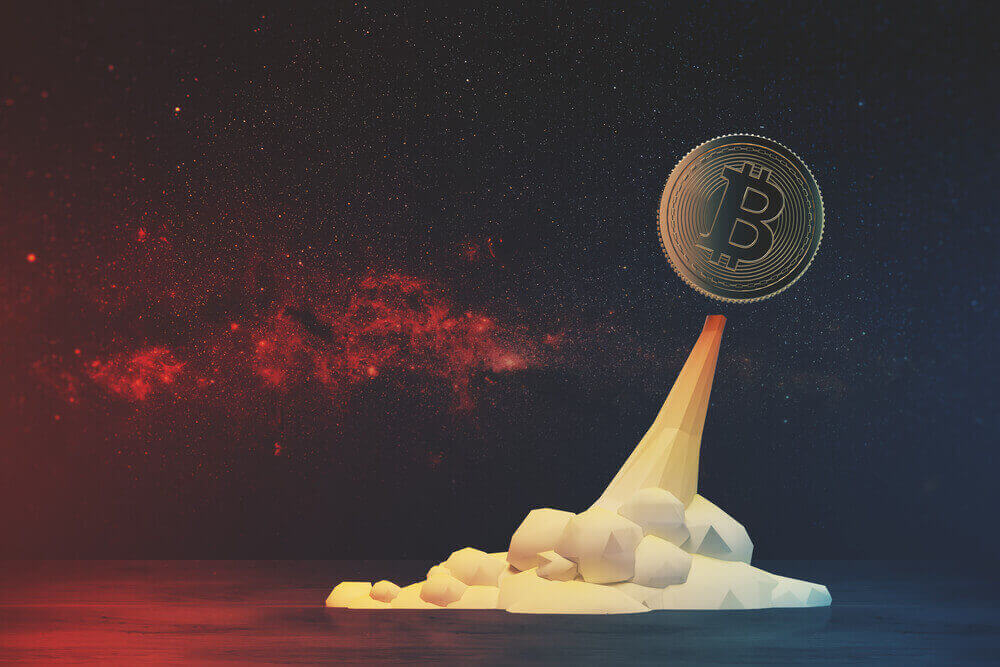 Bitcoin rose to its highest level in more than a month as the US financial markets sold off Tuesday. On the other hand, former chief executive of PayPal has criticized bitcoin as the “greatest scam in history.”

Furthermore, bitcoin is has experienced its worst quarter ever. It lost roughly 48% of its value in 3 months.

“I think the 2018 crypto winter is officially complete, and from now on we’ll see crypto spring and then crypto summer,” David Mondrus, CEO of Trive said in an interview.

Meanwhile, other financial markets were moving in the opposite direction of the digital currency. Rising interest rates and bearish comments from Caterpillar’s conference call hurt the markets Tuesday. The construction and equipment company is often seem as a bellwether for the US economy.

The Dow Jones Industrial Average closed more than 400 points, dropping more than 750 points from its session high to the lows of the day.

Bitcoin presents an appealing alternative for investors selling on macro-economic news this week, according to Blockchain Capital partner Spencer Bogart.

“Bitcoin remains uncorrelated to traditional asset classes, is more than 50% off its highs and has significant upside,” Bogart said.

Bill Harris, the founder of Personal Capital Corp who serves as CEO at both Paypal and Intuit, is not a fan of bitcoin.

He continued on to refute all the reasons promoters claim it has value. It’s not a means of payment since it’s accepted almost nowhere, he said.

Finally, he added its perceived value is merely an example of the Greater Fool Theory.

“Cryptocurrency is best-suited for one use: Criminal Activity,” Harris said, indicating the likes of Silk Road and WannaCry ransomware. He said also said that regular users are flouting the law by avoiding paying taxes on ever sale.

“All of this would be a comic sideshow if innocent people weren’t at risk,” he said. “But ordinary people are investing some of their life savings in cryptocurrency.”

“It’s time we gave them the legislative authority to do their job,” he said as he called out the SEC and other regulators to do something about it.

Walmart Set to Use Blockchain Tech for Live Food Business