Bitcoin reaches the monthly lowest; what’s up in the Crypto world?

As the adjustment of the cryptocurrency market continues to deepen, the price of Bitcoin has fallen to its lowest level since mid-October.

With the week coming to an end, the correction of the crypto market accelerated, and the price of Bitcoin fell to a monthly low.

Bitcoin prices fell to a monthly low of $55,650 during the Asian trading session on Friday morning. This drop marked a 6.7% drop on the day.

Bitcoin’s current trading price is down 18.5% from its historical high 9 days ago.

At the time of writing, the asset has rebounded slightly to 56,220 but has been steadily decreasing since the beginning of this week. Bitcoin has now fallen below the 50-day moving average and is currently hovering near the support level.

A break below this level may cause the asset to fall to the next support zone, around $53,000.

The total market value has shrunk 6% in the past 24 hours to US$2.6 trillion. As usual, the rest of the altcoins are bleeding heavily, and Ethereum fell 5% to just over $4,000.

The only two top 50 tokens that have bucked the trend are Decentraland (MANA) based on Metaverse, which has gained 20%, while Sandbox (SAND) has gained 13%.

DAO lost an auction of purchasing a copy of the Constitution

A conglomerate of cryptocurrency investors collected $47 million worth of Ether in a week. Their goal is to buy a rare copy of the first edition of the U.S. Constitution at Sotheby’s auction. However, they failed and lost.

The organization is famous under the name ConstitutionDAO. According to their “FAQ” section, investors can redeem these lost funds after subtracting transaction fees.

They started working on the project a week ago. In the past 33 years, this is the first time when one of the 13 surviving copies of historical documents has appeared in the auction area.

The idea of ​​pooling Ether from thousands of cryptocurrency investors to jointly bid for a historical artifact was accepted well.

Five days later, DAO raised more than 4 million U.S. dollars. After one week, the crypto family collected over $47 million worth of Ether prior to the auction.

When ConstitutionDAO’s vault is full of Ether, the organizer will perform logistical acrobatics to find a legal way to make a legal bid.

DAO does not rely on banks to store cash but is managed by smart contracts. These contracts are automatically executed on the blockchain, which is the name of a digital ledger that supports cryptocurrency. The DAO does not have a central authority too.

Sotheby’s does not allow DAO to bid directly, according to the organization’s FAQ. The auction house does not accept anything other than government-issued currency, even though it has accepted the crypto for two works by famous street artists for the first time in its history.

ConstitutionDAO works with a cryptocurrency exchange to convert its Ether into U.S. dollars and cooperates with a non-profit organization representing the DAO to meet standards. 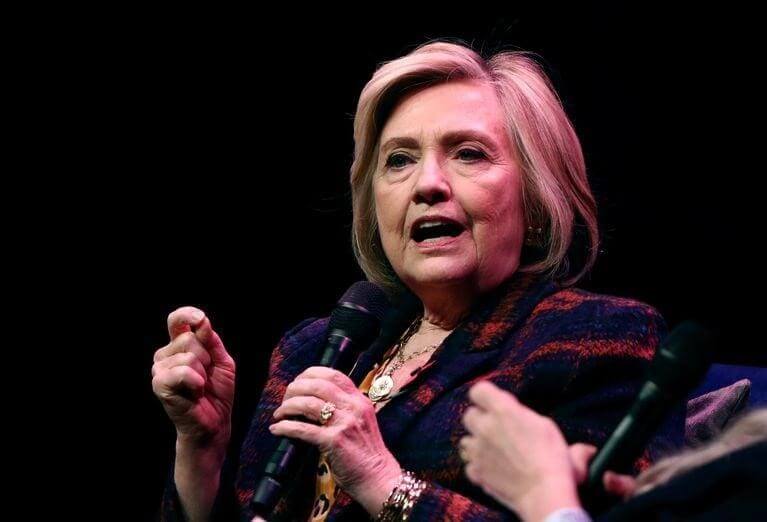 Former Democratic presidential candidate Hillary Clinton has issued a warning about the use of cryptocurrencies. The American politician believes that digital assets ultimately can weaken and destabilize the entire country.

This is not the first time politicians have chased digital assets. However, it is surprising that these comments are made when more and more countries seek to adopt cryptocurrencies.

India, the world’s sixth-largest economy, recently announced the legalization of cryptocurrency as an asset class.

After adopting a hostile attitude towards cryptocurrencies in the past few years, the Indian government has made a favorable decision. However, at the Sydney Dialogue, Indian Prime Minister Narendra Modi said that democracies must work together to resolve the issue of crypto regulation.

Hillary Clinton’s comments came at a time when the market entered a sharp correction. As the adjustment of the cryptocurrency market deepened, fear enveloped Satoshi Street. As of press time, the overall cryptocurrency market value has fallen below US$2.5 trillion. Bitcoin (BTC) and the entire altcoin market have corrected 15% alone in the past few days.

YGG and NERVE tokens are trending. What about EBA?