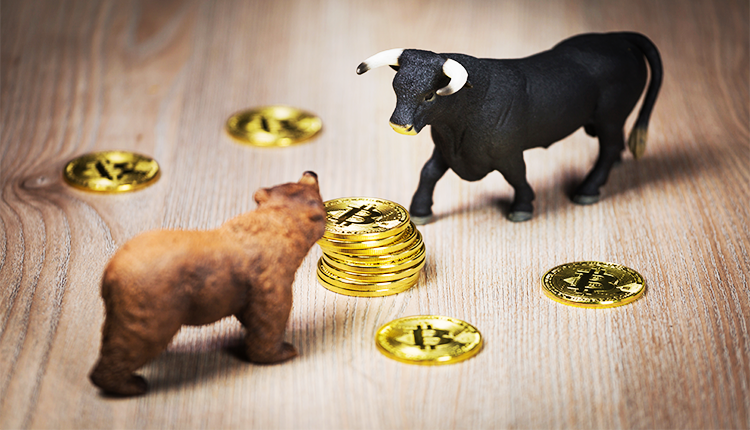 A couple of years ago, Bitcoin (BTC) price flew up to the heights of $20,000. But after that, it declined to its lowest point, going to $3,200 a year ago. And this time, things seem to be a bit different.

Both of the points are indeed at the extreme ends of the spectrum. This year, the most famous cryptocurrency is currently stuck around the middle. Last May, it surprisingly rose, hitting $12,000. After that, its price went back down to $7,230. And from this, it might go in any direction.

Prime Broker TroyTrade’s co-founder Kira Sun have a positive outlook about the price. And he is not just talking about the short term, but also for the long term.

He stated, “Volatility is declining, and Bitcoin’s price is trying to assess its next direction.”

For Sun, he firmly believes that the hints suggest an increase towards the end of the year instead of a fall similar to 2017.

According to ToyTrade’s co-founder, Bitcoin is finally starting to be grasped as a store value of not just among its believers. Now, some institutions with massive financial impact, like hedge funds, are believing in the crypto.

In addition to that, Sun mentioned the Chairman of the Federal Reserve, Jerome Powell, about how they perceive BTC as an alternative to gold when talking to Congress. And this continued influx of institutional investors might be the way to increase its price. And then, it could also diminish its volatility.

Aside from that, there is also the impending block reward ‘halvening’ event of Bitcoin. And this will occur in May 2020 and will keep on going until 2140. That’s when they will mine the final 21 million.

Then, he expects when 2020 comes, stablecoins, Libra, and other similar initiatives will attract no-coiner’s interest in the crypto space. And they will eventually lead them to buy their first BTCs.

On the other side of this crypto news, not everyone agrees with the positive outlook for BTC. Author David Gerard does not agree with the idea of BTC luring institutional investors, resulting in the pump in the price of it.

He explained, “Bitcoiners love nothing more than this month’s narrative on why the number will surely go up! Then, that narrative fails, and they never speak of it again.”

Gerard even warned not to trust the narrative because it is a trial to magic up retail interest. Then he pointed out to Bakkt, the physically delivered Bitcoin futures marketplace. During its first week of trading, Bakkt traded $5.8 million. And this is a lot smaller than the BTC futures contracts, which launched on the Chicago Mercantile Exchange (CME) last December 2017. Supposedly, its numbers must be more valuable because of its physical delivery, meaning actual Bitcoin trades hands. But based on the report, there was only little amount of BTC that changed hands. And this is the reason why he is optimistic that Bakkt will not move for the price of BTC.

Then, Gerard also commented about the halving, saying, “Thinking a halving will automatically mean a price rise is just a Bitcoin magical thinking.”