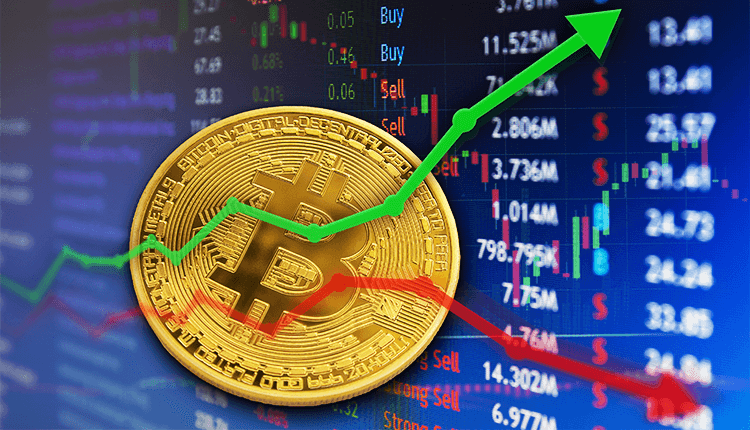 Bitcoin (BTC) and a variety of cryptocurrency, including ethereum, Ripple’s XRP, Bitcoin Cash, and Litecoin, took surprisingly leaps. The BTC was boosting nearly $1,000 in just a few minutes.

But shortly after that, the BTC price has let go of almost all of its gains. It fell to about $7,200 per BTC. The decentralized digital currency has risen $7,801 from $7,070 on the U.S.-Kraken exchange. Moreover, this indicates a gain of about 10%

Over the past few months, the BTC price swung ferociously. And many are pointing to low trading volumes on why the volatility suddenly increased. Aside from that, the BTC price jump made the value of the world’s combined cryptocurrencies over $200 billion.

Moreover, the Bitcoin price jump made the value of the world’s combined cryptocurrencies over $200 billion. Furthermore, the reason behind the recent price move was not instantly apparent. However, earlier on December 5, some $400 million worth of BTC moved between wallets.

Previously, the BTC price has moved by so-called crypto whales, moving vast amounts of tokens. The market is specifically more vulnerable to this when trading volumes are at lows.

Then, BTC and cryptocurrency traders and investors are wishing December will deliver a so-called Santa rally. In the past, BTC recorded some of its most significant moves higher toward the end of the year.

In the past few weeks, BTC and crypto heavyweights have been expecting a sudden price surge, with technical data seems positive. And the latest developments suggest 2020 might be a big year for the most famous digital coin.

The Bitcoin price surged to $7,800. So, this means that around $60 million worth of bets against BTC were liquidated in minutes on the BitMEX exchange. And that is what a short squeeze means.

Meanwhile, Bitfinex and Bitrefill partnered to let the trading partner’s clients shop with BTC over the Lightning Network. In a press release on December 4, users can now instantly pay for a lot of services through BTC that they hold on the exchange.

According to the press release, the firms attribute the improvement to the world’s first dynamic B2B settlement process over the Lightning Network. Also, the announcement builds on the latest news that Bitfinex set up Bitcoin Lightning Network transactions, and those using it for deposits and withdrawals will pay nearly no fees. Then, the firms used customized versions of Lightning to open large channels together, exceeding the default limits in place. At the same time, it gives better flow and reliability to users.

Furthermore, the collaboration of the two companies will give the exchange’s customers a chance to buy over 2,000 variety prepaid vouchers with Bitcoin. These vouchers can cover the costs of services and products related to gaming, dining, entertainment, travel, and more.

When Bitfinex users purchase products from Bitrefill, the system put in place by the two companies directly settles the payments over Lightning Network.

John Carvalho, the chief commercial officer of Bitrefill, stated that they will continue to work with Bitfinex and some other businesses to improve Lightning solutions and products, which “make living on crypto a reality, eventually removing dependability on fiat rails.”