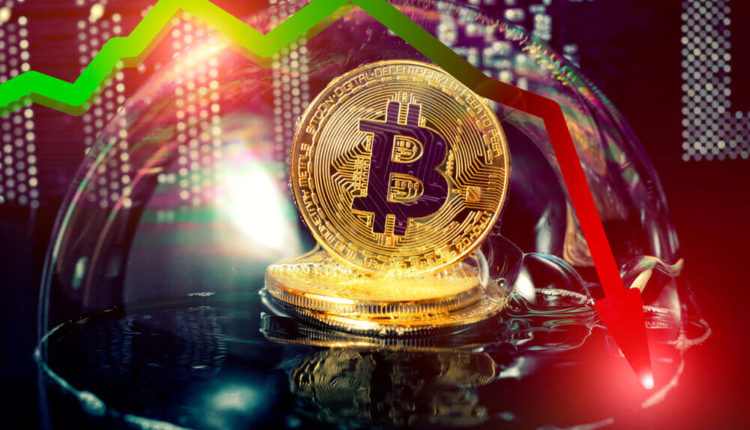 Bitcoin extended a two-week sell-off Wednesday as it dropped below $8,000 to its lowest level since April. In addition, Fundstrat co-founder Tom Lee still holds on the cryptocurrency rising to $25,000.

All other major cryptocurrencies were also in negative territory. That was despite bullish calls that prices would boost after a week of blockchain events in New York City.

Fundstrat’s analysts expected bitcoin would rise as much as 69% due to “Blockchain Week”. However, the digital currency has plunged 13% since those conferences commenced.

The world’s 2nd largest cryptocurrency by market cap Ethereum plummeted 10.34% at 559.60 on the Bitfinex exchange.

The sell-off came amid reports that India is proposing a crypto tax in the form of the Goods and Services Tax (GST.)

According to anonymous sources, cryptocurrencies that are “facilitating transactions like supply, transfer, storage, accounting, among others, will be treated as services” and will receive 18% crypto tax in India.

Furthermore, it is also considered taxable for exchanges and miners. And the levy could be applied retroactively to all trades that took place on or after July 1, 2017.

Meanwhile, some experts pointed to regulatory news as the key driver of this week’s sell-off.

On Monday, North American Securities Administrators Association led regulators in the US and Canada a crackdown on some crypto investment schemes. More than 40 state and provincial watchdogs are taking part in “Operation Crypto-Sweep,” which has triggered 70 investigations so far.

“This cleaned out a lot of the bad projects,” said Brian Kelly, founder and CEO of BKCM. “That has people a little concerned, and is a short-term hit to sentiment.”

Despite the sell-off, Tom Lee still Bullish on Bitcoin to reach $25,000

Fundstrat’s Tom Lee not only believed Wednesday’s drop was mainly due to “typical crypto volatility,” he also identified 3 key factors that still have him believing bitcoin will reach $25,000.

The first factor is the cost of producing and replicating bitcoin.

When the cryptocurrency was trading at the $8,000 level on Tuesday, Lee said bitcoin was “trading at cost.” That is because the price of production was actually about that amount.

“I think institutional investors have gained a lot of interest, and they haven’t really come into crypto yet because there is still some regulatory uncertainty,” he said. “but that sort of ultimate allocation into crypto as an asset class is going to be a powerful reason why bitcoin rallies.”

And the 3rd point is Fundstrat compiled data that show a historical trend. This has let Lee encourage investors to hold onto bitcoin

“Historically, 10 days comprise all the performance in any single year of bitcoin’s price,” he said. “If you just took out those 10 days, bitcoin’s down 25% a year.”

Bitcoin Fell by More than 17% in the Morning Trading Hours