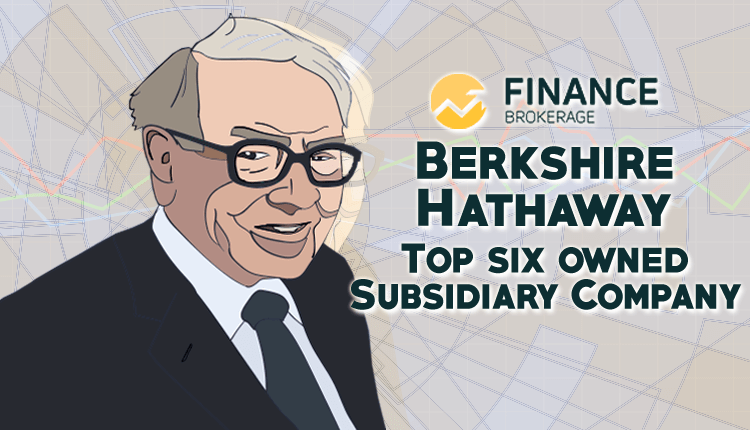 During the 1960s a man living in Omaha, Nebraska started an aggressive purchase of shares in a failing manufacturing company called Berkshire Hathaway. This man was also known as the Oracle of Omaha and becoming Berkshire’s largest shareholder within two years – he is Warren Buffett.

More than fifty years after his initial investment, the company now evolved from a failing business to becoming one of the world’s largest and diverse conglomerate. Having about $508 billion market capitalization last November 2 market close, the company now owns numerous businesses including financial services, consumer goods, gas, oil, transportation, and agriculture.

Even though Berkshire Hathaway purchase shares in various publicly traded companies such as Apple, American Express and Coca-Cola, they also have privately held companies. The truth is, the company has more than fifty subsidiaries wholly-owned with another 200 subsidiaries.

Government Employees Insurance Company (GEICO), an automotive insurance company who created a well-known slogan “15 Minutes Could Save You 15% More on Car Insurance.” During October 18, 2018, GEICO insures more than twenty-seven million vehicles on the road.

The company started in the year 1936 by its founder, Leo Goodwin. GEICO’s main target consumer is the employees of the federal government. Goodwin’s thinks about the lesser risk there could be in ensuring government workers than its main public. In 1996, being acquired by the Berkshire Hathaway, GEICO started to market their insurance policies to individuals outside the public sector.

The company spent a huge amount of money to advertise. For instance, during the year 2012, 6.8% ($1.1 billion) of the company’s revenue was spent on marketing alone. During 2013, the company reportedly spent $1.18 billion, becoming the fifth most advertised company brand in the various industry.

An American high-class paint manufacturer which joined Berkshire Hathaway during November of the year 2000. Benjamin and Robert Moore, brothers from Brooklyn, New York founded the company in 1883 from a $2,000 capital. Berkshire got the company at about $2 billion.

Curtis LeMay and Paul Tibbets, both an Air Force Generals during 1964 founded Executive Jet Aviation. That was the first private business jet management company around the globe. About a decade later, the company served approximately 250 clients. That made them a fleet that flew three million miles every year.

During the year 1984, Richard Santulli, a former executive at Goldman Sachs,  acquired Executive Jet Aviation. Santulli then changed the name to NetJets. During that time NetJets introduced new initiative within the aviation industry they called “fractional aircraft ownership.” That program enabled their customer to purchase an equity stake in a certain aircraft with multiple owners. Berkshire becomes NetJets clients in the year 1995 and later in 1998 acquired the company.

One of the most popular fast food around the globe and another Berkshire Hathaway subsidiary brand – Dairy Queen. Berkshire acquired Dairy Queen in 1997 amounting to $585 million in cash and Berkshire common stock. In November 2018, the brand operates 2,552 internationally with 4,503 stores just within the United States.

Fruit of the Loom

Buffett who is always in sight of bargains began a negotiating deal to acquire the company in 2001. November of the year 2001, Buffett announced that Berkshire is about to buy the company in about $835 million in cash. The acquisition was final in April 2002.

One of the famous battery brands around the globe and already present during the 1920s. Since it started, the brand goes to a merging acquisition. In 2014, Berkshire announced their plan to purchase the company from Procter & Gamble (PG) amounting to $4.7 billion. The process came through a financing process called split-off. Meaning, rather than paying the brand with cash, Berkshire exchanged an equity stake in PG for Duracell subsidiary. In early 2016 the deal was finalized.