Unemployment Rates: On Thursday, the Aussie dollar slid against the U.S dollar in Asia. Data showed Australian’s unemployment rate rose to the highest in 8-months.

The unemployment rate rose for a second straight month to 5.2%, when analysts had expected 5.1%. Participation rate climbed to 65.8%, indicating more people went looking for work.

Kaixin Owyong, the Sydney-based economist at National Australia Bank, said in a Reuters report that “the data has increased the risk the Reserve Bank of Australia (RBA) will cut the cash rate in June, earlier than our call of July.”

The U.S. Dollar Index that tracks the greenback against a basket of other currencies changed little at 97.340. The USD was under pressure as U.S. yields slid on weak U.S. April retail sales and industrial output data.

Meanwhile, news that the U.S. may delay tariffs on the sector by up to six months had little impact on the dollar today.

The USD/CNY pair rose 0.1% to 6.8778. Yesterday, China reported weaker-than-expected growth in both retail sales and industrial output for April.

The USD/JPY pair edged down 0.1% to 109.46.  Reuters reported that the Japanese government is considering downgrading the economy next week amid intensifying trade dispute between the U.S. and China.

“Capital expenditure is likely to have deteriorated, and net exports may have improved as imports probably fell faster than shipments, which were not necessarily a good thing. As such, Q1 GDP will likely turn out poorly.”

According to the report, the ongoing trade war has negatively impacted Japanese exports and factory output. 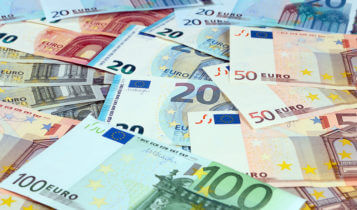 On Thursday, the euro was buoyant at trade concerns eased on expectations that U.S President will delay implementing tariffs on imported cars.

On Wednesday, Trump administration officials told Reuters that the president is expected to put off a decision on imposing tariffs on imported cars and parts by up to six months. The delay is to prevent a further increase in transatlantic trade tensions.

The euro was 0.05% higher at $1.1207, having bounced overnight from a one-week low of $1.1178. The single currency was initially hit as Italy’s Deputy Prime Minister Matteo Salvini criticized European Union rules for the second day.

“Long term prospects for the euro are not particularly bright, given the region’s soft economic fundamentals. But the news on the auto tariff delay is helping the euro establish support at the $1.1200 threshold,” said Shin Kadota, senior strategist at Barclays (LON: BARC ) in Tokyo.

But the U.S. currency retraced its losses against the yen as trade tensions softened.

The dollar index against a basket of six major currencies was nearly flat at 97.542 after posting modest gains the previous day.

The Australian dollar nudged down 0.1% to $0.6922. It stayed within the distance of a 4-1/2-month low of $0.6915. It touched the previous day on weak domestic wages data and soft Chinese economic indicators.

The immediate focus for the Aussie was on the Australian employment data due at 0130 GMT.

Huawei Lands a Spot on US Blacklist