Asian: On Thursday, Asian stocks tracked Wall Street losses as the latest exchanges between China and the U.S signaled the heightened risk of a prolonged trade war. Investors are concerned about the impact of global economic growth.

European stock futures were higher in early trade, trimming some losses after falling the previous day sharply. The pan-region Euro Stoxx 50 futures were up 0.46%, German DAX futures edge up 0.34% and FTSE futures gained 0.25%.

As investors switched out of equities, safe-haven assets such as government bonds found favor, with yields on German benchmark debt approaching record lows.

MSCI’s broadest index of Asia-Pacific shares outside Japan slipped to a fresh four-month low before finding a bit of traction to edge up 0.1%.

The G20 meeting is set for June 28-29 in Japan. However, observers elsewhere expressed less optimism toward the G20 meeting.

Notwithstanding lower Treasury yields, the dollar index against a basket of six major currencies was steady at 98.085 and in reach of a two-year peak of 98.371 sets last week, with the greenback serving as a safe-haven.

The euro was a shade higher at $1.1137, pulling back slightly following three consecutive days of losses. 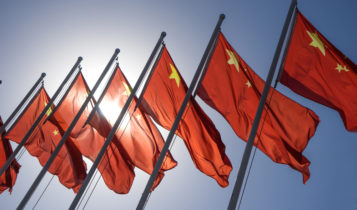 On Wednesday, the U.S. futures slumped as news of possible Chinese retaliation in its trade dispute with the U.S. intensified fears of a global economic slowdown.

China’s state-run media said Beijing is considering limiting the export of rare earth, chemical elements used in a range of high-tech products. China is by far the largest supplier of those elements to global markets.

Fears of a global slowdown over the last few days have intensified and stocked further overnight. The effect followed the announcement that the world’s largest steelmaker, ArcelorMittal, would also cut production.

Boeing (NYSE: BA) dipped 1.2% amid fears it will be a casualty of any further escalation in the trade war with China. Trade group IATA said it’s unlikely the grounded 737 MAX will be cleared to fly again before late August, in line with expectations of at least some of the airlines that use the aircraft.