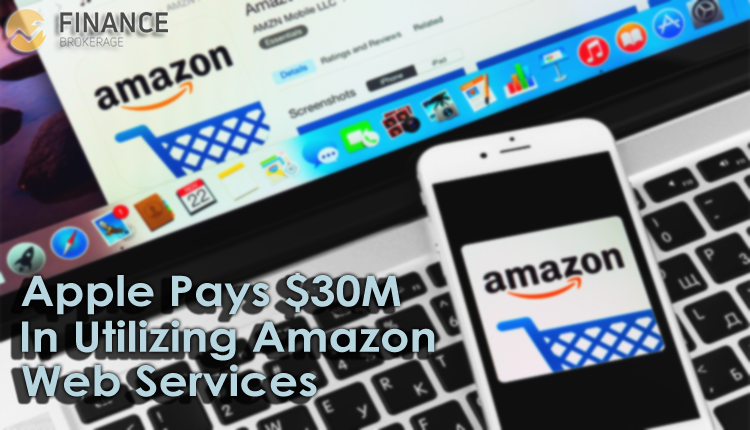 Apple’s cloud is the main reason why Amazon is receiving money from the company. The two started to compete in their similar businesses like in app stores, virtual assistants, tablets, set-top boxes, and smart speakers. The rivalry sprang when tech giant is slowly following Amazon’s services. Though Apple is expanding its business past iPhone, somehow it still depends on Amazon Web Services (AWS).

AWS, the world’s largest cloud platform, receives $30 million per month from Apple. According to the latter, they use AWS for iCloud storage. However, they didn’t reveal if there are other services that run on the platform.

Though it sounds like Apple needs Amazon, the dependence on AWS is slowly fading. Sooner or later, company can drop AWS.

This year, a deal between Apple and Amazon was signed. In the contract, it states that for the next five years, Apple guarantees that they will spend around $1.5 billion on AWS.

Apple Inc. stated that they are willing to spend $4.5 billion in 2019. This aggressive spending might be a sign that it will soon announce freedom from Amazon, Microsoft, and Google.

To diminish Apple’s reliance on other lower-margin hardware sales, they cut cloud’s costing to widen its higher-margin services market. The company said its products’ gross margin is 34.3% only. Unlike its services unit with a notable 62.8% gross margin last quarter.

In addition to that, Apple has been cutting its payments to Amazon for the past three years. But the AWS’ strong demand from other clients made up for the losses. AWS provides assistance for the development of the company’s lower-margin marketplace business and other loss-leading efforts since it produces most of Amazon’s operating profits.

The Main Objective of Apple

$30 million is no big deal for Amazon and Apple. The main plan of the latter in cutting its dependence to AWS is for its long-term strategy– to develop its growing services and increase its gross margins.