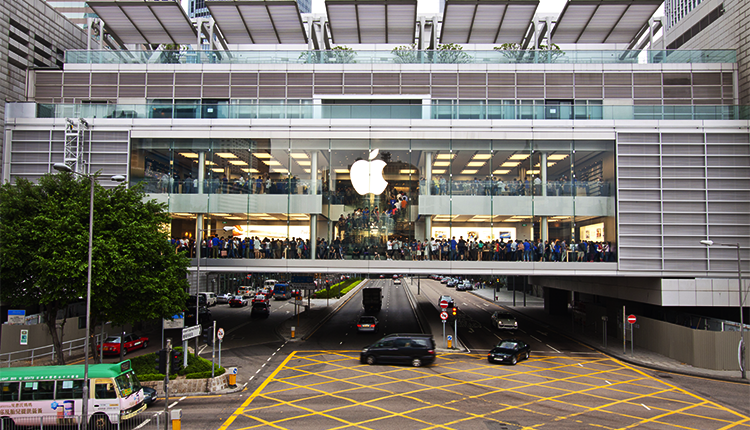 Apple Becomes Delicate To A Trade War With China

On Monday, Apple closed down to almost 6% following the report of the escalation in the U.S.-China trade war.

China retaliated on Monday by deciding to increase tariffs on selected U.S. goods. It was due to President Donald Trump’s threat to tariff hikes on Chinese imports last week.

Though the trade war is damaging a lot of stocks, Apple seems to feel the impact more than the others. The Dow Jones Industrial index fell 2.6%. And the Nasdaq Composite also fell 3.5%.

The Reason for Apple’s Vulnerability

The company has many American Suppliers. And it spent $60 billion on American suppliers in 2018. But the iPhone is mainly assembled in China.

Then, every time there is new tariffs, investors always know every detail about it. It’s because there is a chance that it will affect some products of Apple.

Katy Huberty, Morgan Stanley analyst, measured a $160 increase on the cost of iPhone XS if the tariff on iPhone will rise to 25%. But, if Apple will ingest the additional tax, its earnings per share in 2020 may drop 23%.

Huberty noted last week, “Apple has one of the most significant exposures to Chinese exports to the US in our IT Hardware coverage group, given final assembly for many of its consumer electronic devices is located in China.”

Then Huberty added, “A large-scale move out of the country would not only be costly, but could take multiple years to complete.”

Last fall, if Trump’s draft list on the round of China tariffs was approved, some Apple products including Apple Watch and Apple Airpods will be affected. Luckily, the final list did not touch the company’s products.

Aside from that, the giant tech company receives large sales from its Chinese consumers.

In 2018, Apple announced a $51 billion revenue from Greater China, which includes Taiwan and Hong Kong. And followed by America and Europe, China is the company’s third largest region. Then for the whole year of 2018, Apple’s total revenue was $265.6 billion.

Furthermore, The tech giant never agreed to the proposed tariffs of Trump. And Cook even told the President that Apple does not support approve the implementation of taxes on China’s imports.