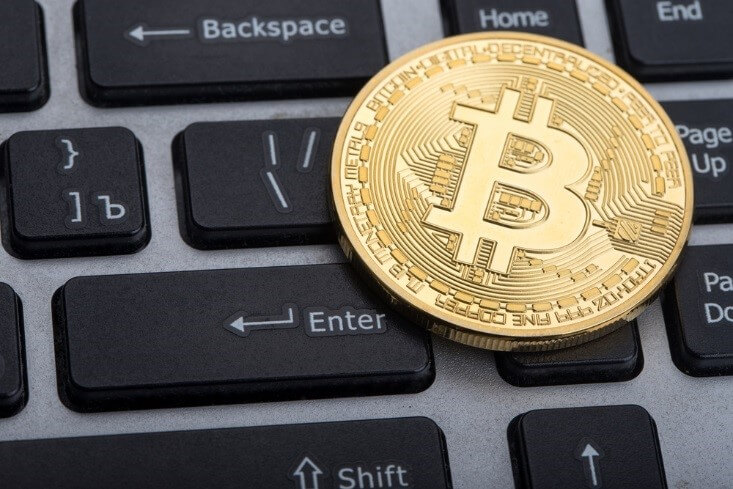 A Primer for New Bitcoin Investors

Bitcoin is slowly becoming a permanence in the financial markets. It’s one of the most in-demand and lucrative ventures these days.

For newbies, it’s quite a daunting task to swallow up all bitcoin information at once. But it helps to know the history behind digital currencies and the ins and outs of investing in them.

In this article, we’re going to discuss:

So, strap in, and let’s dig deep into this topic.

Bitcoin or BTC has been around 2009, so it’s pretty much a decade old. The technology that underpins it, blockchain tech, goes way further back.

BTC is only the first cryptocurrency to hit the consciousness of more people. But others had attempted to create online currencies using encryption securities and digital ledgers even before bitcoin.

Many people have searched for answers on whoever created bitcoin and propelled the crypto markets to stellar levels. But they have all failed to pin down the digital coin’s creator.

The real identity of the original BTC creator remains elusive. What the markets know is that in 2008, a person or group of people posted the “Bitcoin – A Peer to Peer Electronic Cash System” white paper to a mailing list cryptography discussion.

The person or group of people behind that hid under the pseudonym “Satoshi Nakamoto.”

Markets have made efforts to find out who Satoshi Nakamoto is. Some of them pointed out to wealthy business people, while others believed that it was a group instead of one person.

Others believe that Satoshi Nakamoto wasn’t Japanese at all, albeit the name.

Whoever the creator is, he/she/they have inadvertently created the “future of financial systems,” many believe.

If bitcoin were a person, it wouldn’t have an existential crisis. That’s because it came into existence for a pretty solid purpose.

Satoshi Nakamoto explicitly said that this cryptocurrency aimed to get rid of pesky intermediaries that conduct monetary transactions.

Apart from that, Satoshi also wanted the people to rethink the broader financial system and its functions. Also, the bitcoin creator called out the roles that governments play in the monetary policy.

In other words, bitcoin’s existence aims to disrupt and overhaul the entire financial system as we know it. This concept gathered a lot of attention from those who feel frustrations with the system.

More importantly, it caught the attention of financial institutions as well as key players in the business world. 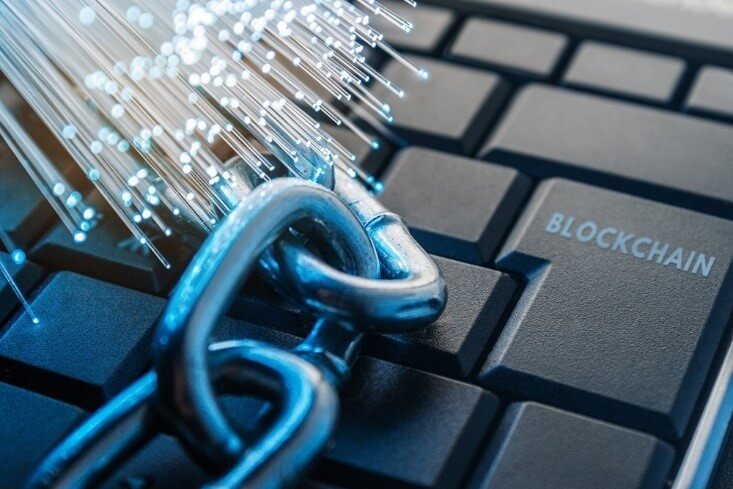 With the birth of bitcoin also came the existence of the blockchain technology. This technology is the underpinning system that makes buying and selling bitcoins possible.

This place is where bitcoin mining also happens. Bitcoin mining is the process of minting new bitcoins, a process very similar to mining gold. We’ll get to that shortly.

What’s important is that you know blockchain and bitcoin are not the same. Bitcoin is the digital currency—the asset—in which you’ll be investing.

Meanwhile, the blockchain is the technology that makes bitcoin transactions possible. Also, it’s important to remember that the blockchain technology doesn’t only work for cryptocurrencies. It has a lot of use cases, such as in the government processes and contracts.

For bitcoin, though, the improvement in the blockchain technology has paved the way for mainstream BTC adoption.

As technology evolves, more and more entities and people are investing heavily in cryptocurrencies. It’s no surprise to see a surge in the number of crypto and bitcoin investors.

What the Fork? Bitcoin Cash

And speaking of evolution, the BTC isn’t perfect when it came out. Problems arise, and crypto experts are figuring out ways to solve them.

This event is the reason why we have cryptocurrency forks. Forks, here, refers to another tangential development. Imagine bitcoin as a straight road that suddenly forked to another access road treading a different path.

As more and more people use and invest in bitcoins, the scaling problem became more evident.

The bitcoin network can only process seven transactions per second. Each of those transactions takes about 10 minutes to finish.

With more bitcoin users and transactions, waiting times will become longer unless the underlying tech changes.

Thus, we have the scaling and speed problem bogging down the mainstream adoption of bitcoin.

To solve this problem, people think of two solutions:

In 2017, mining pools and companies decided to incorporate the “segregated witness” (SegWit2x) in the network.

This technology does the first solution above. It decreases the amount of data for verification in each block.

It removed the signature data from the block and attached it in an extended block. That data accounted for 65% of the data in the block.

However, not everyone agreed with the implementation of SegWit2x technology.

Some bitcoin miners and developers thought that the SegWit2x solution undermined the decentralization quality of the network.

At the same time, they believed it didn’t provide a long-term solution to the scalability question. These people also felt it did not follow Satoshi Nakamoto’s roadmap.

As a result, these developers initiated a hard fork and created a new cryptocurrency in the form of bitcoin cash.

Bitcoin cash has a block size of 8mb to speed up verification. It also allows adjustable levels of difficulty to guarantee the chain’s survival and speed.

Of course, it also has its downsides, like security and safety. Bitcoin cash is yet another addition to the growing number of cryptocurrencies competing against bitcoin.

Bitcoin vs. Other Cryptocurrencies 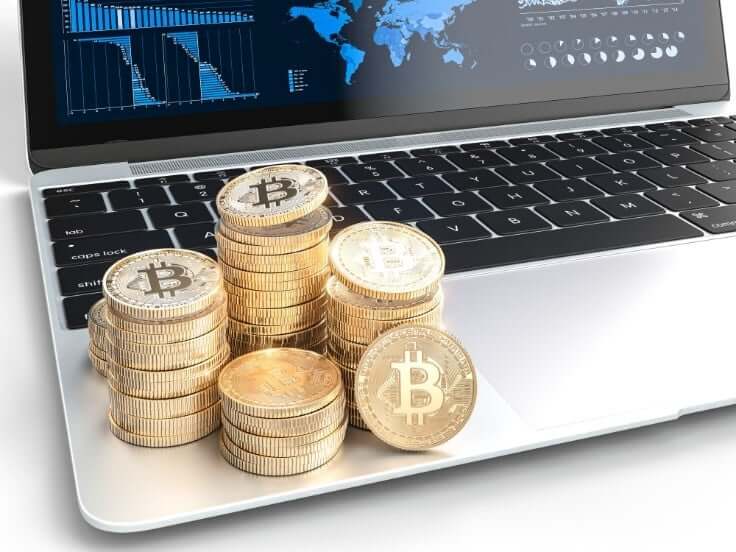 Apart from, bitcoin cash, bitcoin also competes with other cryptocurrencies for market share. They are also expanding beyond the original features of bitcoin.

Here are some of the other significant cryptocurrencies to which you need to pay attention.

Ethereum is easily the second most popular cryptocurrency network next to bitcoin.

Investors and crypto enthusiasts know it for Smart Contracts and Distributed Applications. These are groundbreaking technology that, like blockchain, came as by-products of crypto evolution.

Ethereum is less about financial transactions and more about applications and programs. It has its token, which is ether.

Litecoin joined the competition in 2011, putting it among the first cryptocurrencies to follow bitcoin. The market generally perceives Litecoin as the “silver to bitcoin’s gold.”

That’s because it shares many similar characteristics with bitcoin. However, it sports a faster block generation rate, giving way to faster transaction confirmation.

Ripple, meanwhile, is a real-time global settlement network. It’s a way for people to make quick and cheap international payments.

Ripple is unique in that its ledger doesn’t require mining. As a result, it requires lower computing power, which also results in lower network latency.

As such, financial institutions are starting to adopt Ripple to improve cross-border payment transactions.

Among the other notable cryptocurrencies that emerged after bitcoin are:

Investing in Bitcoin and Crypto Markets

Investing in cryptocurrencies is disruptive because it shakes the foundation of the current financial systems. As you can see, different digital coins serve different purposes.

As a result, regulators and institutions are having a hard time coming up with proper and encompassing regulation.

Also, remember that bitcoin and the crypto space came about because of the need for decentralization. By extension, the market also frowns upon the idea of strict regulation for the digital currency industry.

Still, you can buy bitcoin, sell bitcoin, and invest in this market. You have to know where to do that.

A little caveat: not all cryptocurrency exchanges operate safely. So, it’s best to check out the most popular exchanges right now and see if they look safe enough for you.

The most popular crypto exchange for bitcoin trade in the US is Coinbase. Here you can easily link a bank account. You gain access not only bitcoin but also to Ethereum, Ripple, Litecoin, and other cryptocurrencies.

Binance is the biggest exchange in terms of volume for all virtual currencies. In general, you can buy BTC and altcoins here using only cryptocurrencies. But Binance recently added a feature to make purchases using credit cards.

Gemini is another exchange in the US that takes the lead as a trustworthy crypto exchange. You can buy bitcoin, ether, BTC cash, and many other major cryptocurrencies here.

Other Ways to Buy and Sell Bitcoins

If these exchanges don’t appeal to you, you can still invest in BTC through alternatives.

For instance, you can check out bitcoin ATMs, which work like typical ATMs. The difference is that you can use them to buy and sell bitcoin.

You can also try peer-to-peer transactions, where you buy crypto coins directly from other owners. However, you need to remember that shady individuals exist. Be extra careful.

Bitcoin futures are also a thing. The catch is that you need some pro-level knowledge to get into this kind of gig.

Being Secure: Where to Store Your Investments 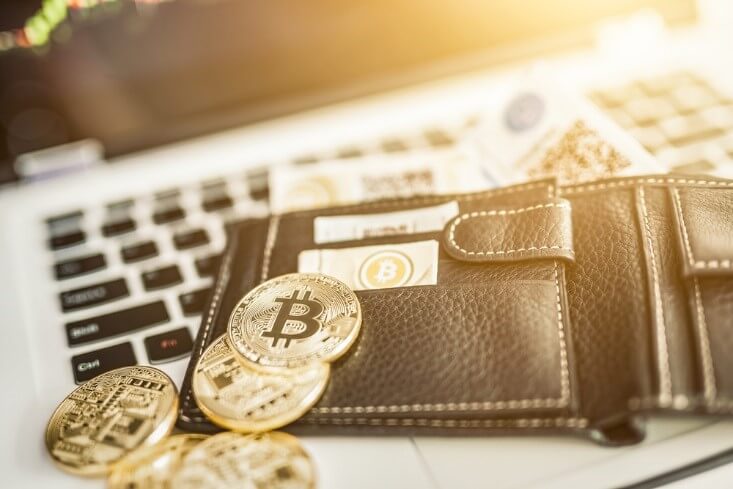 Of course, if you decide to buy and hold bitcoins and crypto coins, you need a place to store it. In general, you can store them in digital wallets.

There are two types of digital wallets: hot wallets and cold wallets.

Hot wallets let you store your BTC in the cloud with help from an exchange or provider. Most crypto markets exchanges offer you a free hot wallet.

However, it’s usual to see investors transfer their bitcoins with a third-party hot wallet provider. That’s because hot wallets from exchanges are on top of hackers’ list of victims.

In the years since bitcoin’s inception, you can find numerous reports of security breaches by hackers. Although many big exchanges are secure enough, it’s not wrong to search for safer outlets.

Cold wallets appeal to many investors because of their relatively better security. A cold wallet is a portable device with encryption that lets you carry and download bitcoins anytime.

The downside is that they can be costly, with the average price for a typical cold wallet at $100. But it’s a small price to pay for salvation.

Paypal vs Skrill – which one is better?